by Harrison Withers and photos from Doug Vojtko

The Midwest Paddle League kicked off the 2019 season this past Saturday, June 1st, at the Gun Lake Paddle Battle in Shelbyville, MI.  The event, put on by Shaka SUP Racing, featured 1,3, and 6-mile courses with Men’s and Women’s classes for non-racing SUPs, Racing SUPs, and Kayaks.

Gun Lake is just south of Grand Rapids, MI and is a very utilized and large all-sports lake.  The lake is fairly shallow, so water temps where comfortable despite a very cold spring in Michigan. Both a State Park and Public Access add to the Lake’s popularity. The nicely groomed city-owned boat launch and park was the site of the second annual running of the race, a featured a pavilion, play structures and easy access to the water, with ample parking.

39 Competitors arrived at the start/finish under threatening conditions with storms in the forecast. With a clear and communicated contingency plan for lightening, and a window in the radar, the 6-mile races got underway promptly at 9.

The one-mile course was a simple single-buoy affair with the 3-mile course being a clockwise, followed by counter-clockwise lap. The 6-mile course featured a single lap of a two-buoy course laid-out in a dog-leg fashion.

All races featured a water start.

The 6-mile race began on an eastern tack, with the wind at the racer’s backs. 3-7 mph conditions provided for close racing for the first mile, to the first buoy where the course turned north. 2-mile northern leg provided for challenging 45 degree upwind/side slop conditions that did a good job of spacing out the field. By the second buoy, race leaders Kirsten Lefeldt an Matt Hassenrink had established leads.

After the second buoy the course turned back north and the wind had shifted, providing near identical conditions to the south bound leg, but by this time boat traffic had picked up considerably, providing even more of a challenge. The final leg was 1-mile straight upwind which allowed the field to reconsolidate for a sprint to the finish.

Kirsten Lefeldt pulled out a commanding 1:11 win while, the men’s race featured closer margins with the top 6 finishers all within 3 minutes of eventual race-winner, Matt Hassenrink’s  1:05 finishing time.

The 3-mile race kicked off just after the 6-mile start. Midwest Paddle League organizer Doug Vojtko ran away with the men’s title for the Racing SUPs, joined by Ryan Meade for the ladies.  Uli Sherer posted a blistering 34-minute finish time in the Women’s kayak race, while the Men’s honors went to Yvon Dufour with a finishing time of just 32:01.

Awards immediately followed the racing and featured a cool cut metal medallion. The rain took its cue from the races and started in earnest while most made their way from the launch to the after party. The after party was just down the street and feature uber cheap hot dogs and taco specials, and of course, excellent Michigan-made beers on tap. Plenty of generous raffle prizes made it a more than worthwhile affair and most everyone walked away with a prize which included shirts, leashes, and even a couple of very cool beach stands made by sponsor Footstake.

It was a great kick-off to the Midwest Paddle League 2019 season. It was a well-run event with lot’s of camaraderie and stoke shared by all. One of the coolest things about it was that everybody waited after finishing their races to watch everyone come in. There was a lot of equipment sharing and impromptu demos. Made for a cool finish for those deeper in the order to have a water-based cheering section.

The Midwest Paddle League’s next event is Sprint N’ Splash in Harrison Township, MI on June 15th. This a bit larger of an event featuring both SUP and running events, and a duathlon for those inclined. This Lake St. Clair event features both open water and protected sections of paddling an a festival like atmosphere. Check out the full Midwest Paddle League Schedule Here 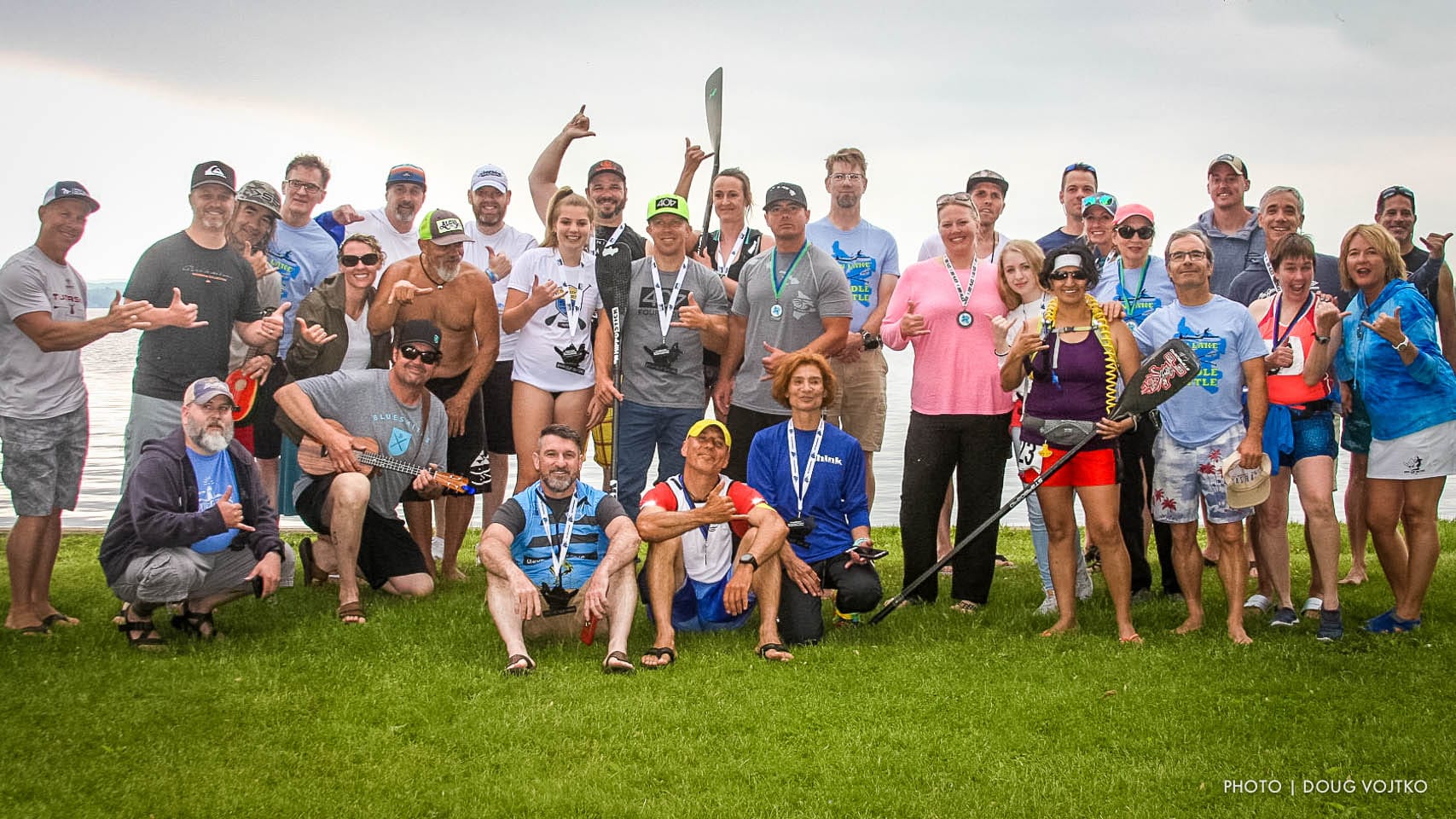 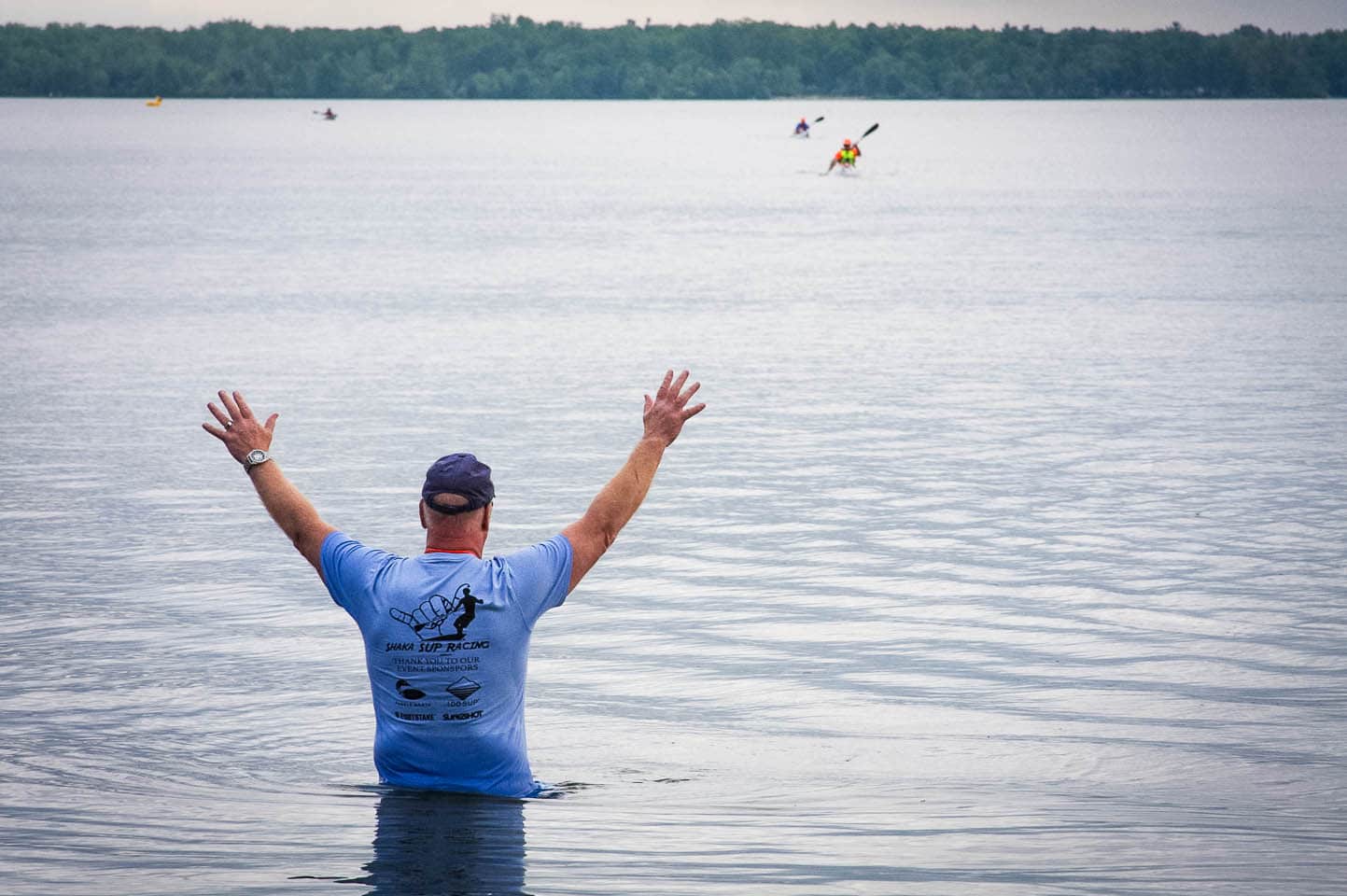 Special thanks for the recap from Harrison Withers and photos from Doug Vojtko. We love what’s going on in the Midwest and all the stoke you bring to the entire country and sport. —JB

Please confirm you want to block this member.

You will no longer be able to:

Please note: This action will also remove this member from your connections and send a report to the site admin. Please allow a few minutes for this process to complete.

You have already reported this
Clear Clear All
Change Location
Find awesome listings near you!